A dedication to Ramanujan

Srinivasa Ramanujan has been noted as one of the classic ‘genius-mathematicians’ of all time! Hailing from the same state/country as him, Arjun Krishnan and I have always looked up to him & his elegant math as a source of inspiration right through our formative years!

We watched this beautiful play in the University of Virginia campus during our grad school. Such unmistakable passion for math, that’s almost art-like or was it art!

Here is a great companion book to better understand the Man and little bit of the Math!

Without the help of the following people (and many more we haven’t mentioned here), Ramanujan would have remained an unknown & obsolete genius!

Hardy was an English mathematician who brought Ramanujan to Cambridge, encouraged his professional growth and helped publish his many theorems and elegant solutions.

The director of the new Ramanujan movie, The Man Who Knew Infinity

Princeton number theorist, winner of the Field’s medal, and Associate Producer of the movie.

Video made for Manjul Bhargava Princeton

Ken Ono is this very accomplished mathematician who’s central research questions revolve around the work of Ramanujan. He is also a fantastic and sincere communicator, teacher and author so much so that you can read/listen to almost anything that he has to say.

Here’s a great video of a conversation he had with another mathematician where he talks about Ramanujan and his connection with him.

December 22, 2012, marks the 125th anniversary of the birth of legendary Indian mathematician Srinivasa Ramanujan. An intuitive mathematical genius, Ramanujan’s discoveries have influenced several areas of mathematics, but he is probably most famous for his contributions to number theory and infinite series, among them fascinating formulas that can be used to calculate digits of pi in unusual ways. 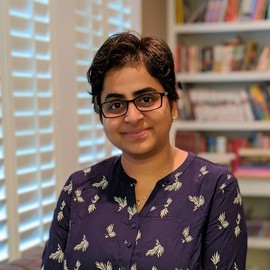